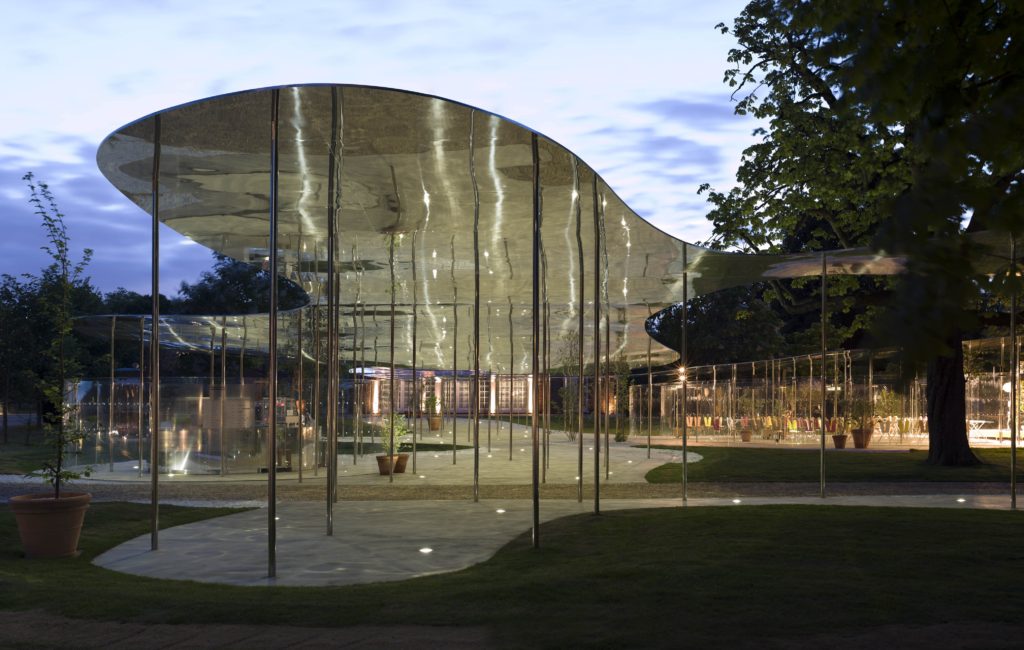 Like any specialism architecture has its own words and terms. We thought it would be helpful to list a few that may be relevant for you as you build your Pavilions. So here is the first of three installments of our Architecture Glossary. We hope it’ll help to get you thinking about the design of your own buildings!

A curved structure capable of spanning a space while supporting significant weight.

A large open space located within a building. Atria (the plural) were a common feature in Ancient Roman dwellings, providing light and ventilation to the interior.

A platform that projects from the wall of a building, and which is enclosed on its outer three sides by a railing.

Lowest storey of building often either entirely or partially below ground level.

An upright pillar, typically cylindrical, supporting an arch, or other structure or standing alone as a monument. An open space, usually open to the sky, enclosed by a building. The projecting edge of a roof that overhangs an exterior wall to protect it from the rain.

The lowest load-bearing part of a building, typically below ground level.