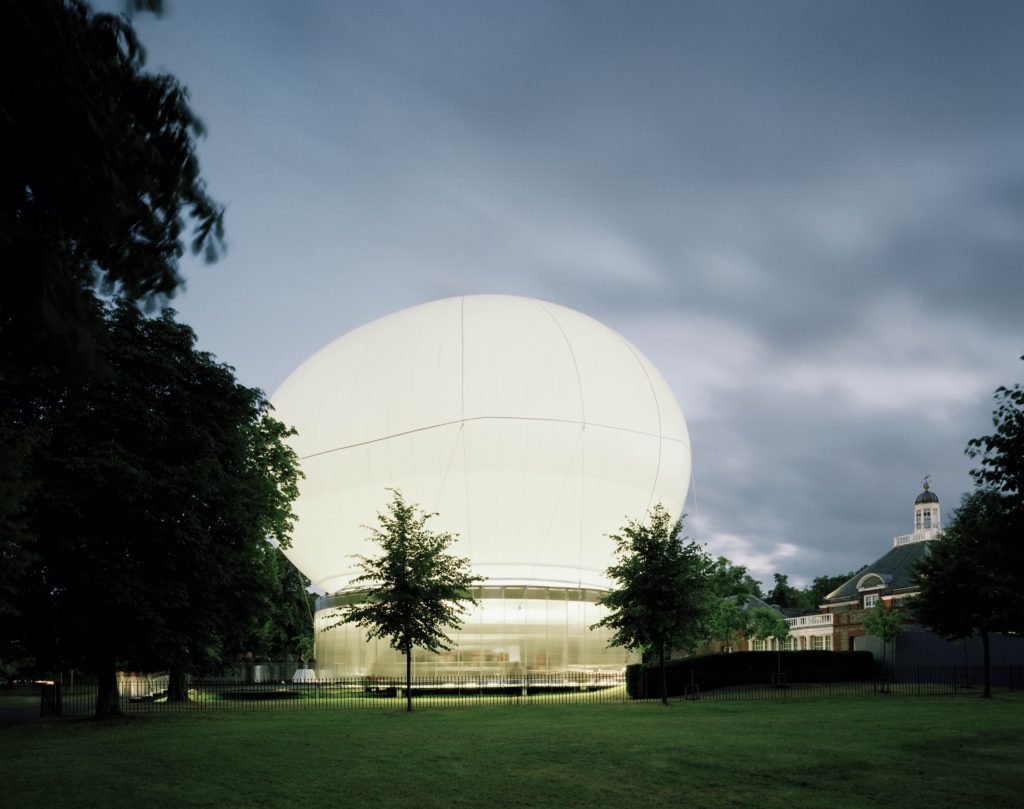 Time for the third and final installment of our Architecture Glossary series. This list includes an image of a building that’s not a past Serpentine Pavilion to illustrate one of the terms. The image is of the University of East Anglia Halls of Residence – can you guess which one it is?

The terms in each part of this Glossary are all around you. Why not look at the buildings near you to see if you can spot any other examples of architectural terms.

A window set in a roof or ceiling at the same angle to let in daylight.

Coloured glass. Stained glass windows are fitted with pieces of coloured glass, which often depict a picture or scene. A building or other object constructed from several parts.

A plaster used as a coating for walls and ceilings, and often used for decoration; it is common to many parts of the world, particularly to the Mediterranean region

An outdoor extension of a building, situated above the ground level, and open to the sky. See patio.

Is the method of creating structures using heavy timbers jointed by pegged Mortise and tenon joints.

A small tower that projects vertically from the wall of a building such as a medieval castle.

An arched structure of stone, brick or reinforced concrete forming a ceiling or roof over a wholly or partially enclosed space.

A thin decorative finish typically made of brick, stone or stucco.